Remember the last time you saw a corporate session where an individual interprets the conversation of both parties? That person is known as an interpreter proving interpreting service.

What is an interpreting service?

A person who is fluent in two different languages vocally translates their conversation to make it comprehensive for both parties. For instance, if a French patient has an appointment with an Arabic doctor, it is obvious that their languages are different. Therefore, an interpreter who is fluent in both languages will interpret the message of both individuals to each other.

It is a complicated task, as they must be aware of the different dialects of their respective language. 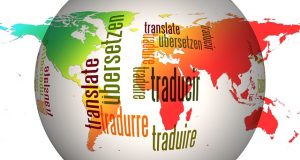 Where are these interpreting services required?

Interpreting services are required in many aspects of life. For instance, during a legal hearing, during a corporate meeting, or for medical purposes.

Interpreters must be aware of the vocabulary of the languages and should have to be expert in that particular subject, such as medicine, law, or forensics.

Is the interpreting and translation service different?

Yes, they are a bit different from each other. Translation service is provided in written form, whereas, interpreting service is provisioned in vocal form. For translation service, the translator has to have a strong grip over the grammar and vocabulary of the other language. On the contrary, the interpreter will need to have the flawless pronunciation of the respective languages.

How many types of interpretation are there?

It is the mode of interpretation when the speaker and interpreter are speaking at the same time with slight lag.

It is used for many purposes, especially in the judicial system. The interpreter speaks in the target language right after the source speaks the words. It is used primarily while the official hearing between the attorney and the judge.

It is a different type of interpretation as it is an oral conversion of a written document. It is often used to interpret reports and forms written in the source language. The interpreter has to use predictive behavior to convey the message properly.

Interpreting services are an important service which is useful in different aspects of life. There are many interpreters who offer these kinds of services. However, you can easily find a top-notch interpreting service in Manchester. Always look for the best service provider with a good experience.